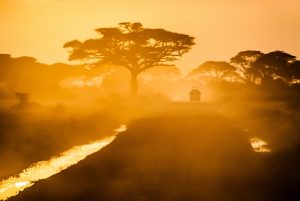 The political climate in many African nations is becoming increasingly stable, with governments keen to attract foreign investment to unlock the potential of their natural resources. There are currently plenty of opportunities for those seeking new acreage in Africa: From high-risk high-reward deepwater plays to near-field onshore exploration. Many African licensing rounds are still going ahead in spite of the Covid-19 pandemic, albeit with delays to the planned timetables. Keep reading to find out more… 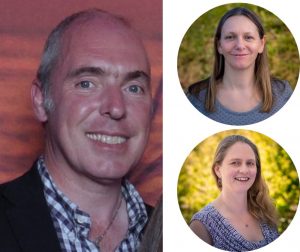 We wish to extend a warm welcome to Ken Lindsay who was appointed as Non-Exec Trustee Director of Merlin Energy Employee Trustees Limited last month. 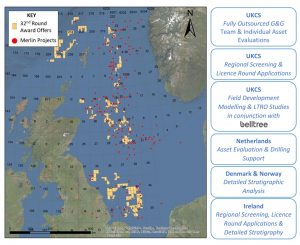 In the overall doom and gloom of the current COVID environment in the UK it was great to see the positive news come out about the 32nd UKCS licensing round awards. We would like to pass on our congratulations to all the companies who have been offered licences.

Merlin staff have been actively participating in industry conferences and discussions about the Energy Transition so that we are both part of the debate and the solution. It has been genuinely uplifting to feel the passion of our fellow geoscientists who all want to play their part.

Stepping out as a recent graduate into the big scary world of work is a daunting task. Read about Georgie's experience as she makes the transition to Merlin Energy. 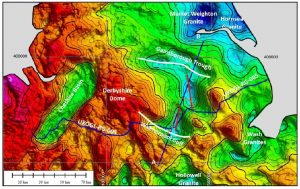 John Donato's paper on Gravity modelling across the UK Onshore East Midland's Shelf is well worth a read. 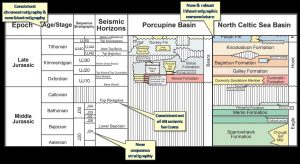 The “Integrated Biostratigraphic & Lithostratigraphic Framework of Offshore Ireland” project, which was awarded by the Petroleum Infrastructure Programme (PIP) to a Merlin led consortium in 2016, is currently in its final write up stage. The project received a high profile at the Atlantic Ireland 2019 Conference held in Dublin in late October, where some of the key results were presented in three conference talks. 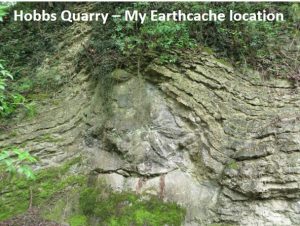 You may have read the introduction to Geocaching in Merlin’s May newsletter, but one specific type of geocache that may be of special interest to the geoscientist is the EarthCache. Continue reading to find out more..

Continuing Merlin’s involvement with the local community, Tony Loy recently gave a talk to the Woolhope Naturalist’s Field Club Geology Section in Hereford, the subject being “Biostratigraphy in Hydrocarbon Exploration”. 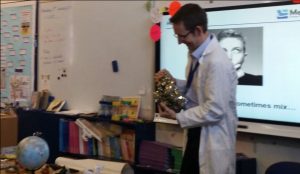 Here at Merlin we are doing our bit to connect with the community around us and give a little bit of knowledge back to show just how magical planet Earth really is. Find out how Tim Wright got on presenting a lesson on 'being a geoscientist' at a local primary school.. 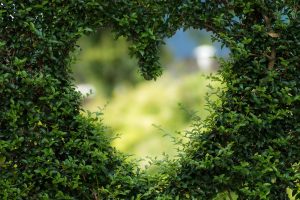 Here at Merlin we want to do our bit for the environment, so over recent months we have been looking at ways to reduce our environmental impact and improve our sustainability in our daily activities. Continue reading to find out how we are doing this.. 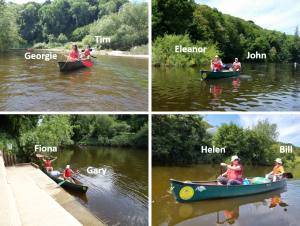 Earlier this month the team at Merlin had a day out of the office and went canoeing down the River Wye. This is part of our ongoing strategy to introduce more social activities into the year and keep the company a fun and exciting place to work. Continue reading to see how we got on..

CCUS Conference Data Analysis Data Management Data Visualisation Datawise Decarbonisation Employee Owned Energy Transition Geochemistry geoliday Geophysics Geoscience Geothermal Energy Ireland Keywise Machine Learning Merlin News New Ventures STEM stratigraphy
We use cookies on our website to give you the most relevant experience by remembering your preferences and repeat visits. By clicking “Accept All”, you consent to the use of ALL the cookies. However, you may visit "Cookie Settings" to provide a controlled consent. You can read our privacy policy here.
Cookie SettingsAccept All
Manage consent

This website uses cookies to improve your experience while you navigate through the website. Out of these, the cookies that are categorized as necessary are stored on your browser as they are essential for the working of basic functionalities of the website. We also use third-party cookies that help us analyze and understand how you use this website. These cookies will be stored in your browser only with your consent. You also have the option to opt-out of these cookies. But opting out of some of these cookies may affect your browsing experience.
Necessary Always Enabled
Necessary cookies are absolutely essential for the website to function properly. These cookies ensure basic functionalities and security features of the website, anonymously.
Functional
Functional cookies help to perform certain functionalities like sharing the content of the website on social media platforms, collect feedbacks, and other third-party features.
Performance
Performance cookies are used to understand and analyze the key performance indexes of the website which helps in delivering a better user experience for the visitors.
Analytics
Analytical cookies are used to understand how visitors interact with the website. These cookies help provide information on metrics the number of visitors, bounce rate, traffic source, etc.
Advertisement
Advertisement cookies are used to provide visitors with relevant ads and marketing campaigns. These cookies track visitors across websites and collect information to provide customized ads.
Others
Other uncategorized cookies are those that are being analyzed and have not been classified into a category as yet.
SAVE & ACCEPT